A few weeks after the founding of the company Enessis a verbal agreement with the company GNI Kampanaos leads to the first presentation of the bookbinding system Enessis 2easy.

It is the first time that the photographic world comes into contact with the binder systems for digital albums.

Through a demonstration – seminar, Enessis company presents to the public the benefits of the model and the opportunities created to anyone who invested in this object. Besides, as shown by the following months, culminating during the Photokina 2008 , the global camera market had turned its sights on the digital album and on specific machines.

The company Enessis makes an informal partnership with Noritsu Hellas  single-member Ltd and at the instigation of the then manager Michael Heinzel takes the first step in the international market.

Within a few days Noritsu Hellas organizes with its official Dealer in Romania (Dafoto) a presentation of the bookbinder system of the Enessis company.

In the showroom of Bucharest, the company Dafoto Bucharest announces its cooperation with Enessis company and entitles Enessis to present its bookbinding system Enessis 2easy system, which was the company's first model. 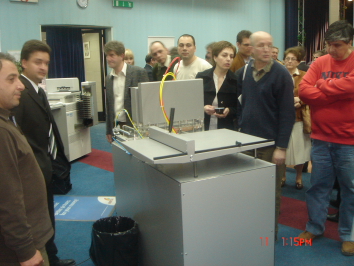 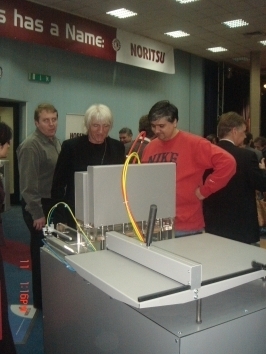 The company Enessis maintaining friendly relations with the manager of the company Nexus Publications SA Mr. Meletzis, whose company was the co-host of the first official exhibition held in Limassol, Cyprus, decided to participate.

The exhibition was organized by photographers association of Limassol and the company Nexus Publications from Greece. The audience of Cyprus showed great interest and curiosity for the first exhinition on Cypriot territory. 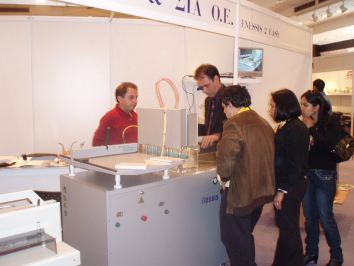 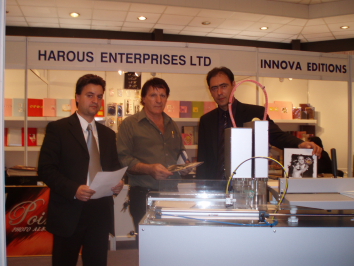 Having experienced two presentations abroad in the same year, the Enessis company decides to take part in the biggest photographic event, the international Photokina 2008 exhibition.

The figures in this exhibition are very different, for example about 1500 exhibitors from 50 different countries and 160,000 visitors from 150 countries.

Our company in 20sqm booth for the first time presented its new Enessis Workstation model. This model piqued global interest as many visitors have described as smart and innovative the binding solution for digital albums.

The Enessis company made its first official appearance at an exhibition in Greece. A few months after its first appearance at  the international Photokina 2008 exhibition it participated with great success in 2009 Photovision held in former eastern Athens airport.

In this exhibition the Enessis company presented at 61sqm. stand the whole range of its products and the newcomer model Enessis Cassette. The presentation of the model was a total success.

This success is mainly due to the fact that the Enessis company for the first time gave the opportunity for interested customers to just buy the equipment they need without being forced to buy unnecessary accessories or parts of bookbinders equipment already used for other tasks. 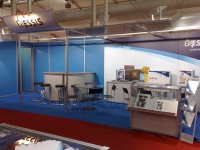 A year after the successful appearance of the company in Enessis Photovision exhibition in 2009 the second official participation in the Greece exhibition followed, this time in Northern Greece and Thessaloniki in particular.

The PhotonetShow 2010 exhibition held at Porto Palace Hotel which is located in the commercial port of Thessaloniki.

The exhibition was held under the auspices of SEKAF of which our company is a member since 2009 and strictly related to the photographic market professionals.

In this exhibition the character was essentially communicative rather than presenting new products. All exhibitors had the opportunity to be close to their customers, meet new ones and to discuss the problems in the market. 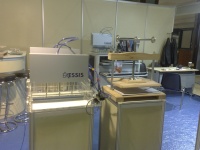 Two months before July of 2010, the Enessis company came to a cooperation agreement with OW CONSULT company based in Germany to the promotion undertaking by the OW CONSULT of the Enessis products in African and Central European countries.

At the instigation of the person responsible for OW CONSULT, who had planned a meeting at Photokina Enessis on behalf of the company, the company's managers decided to take part in the exhibition although the company was in the middle of a production process of new models.

At Photokina 2010 the company Enessis presented at its 51sqm. booth a series of new models. The greatest interest piqued the Enessis model 4 in 1 Binding System, which is the most comprehensive solution of large professional digital albums bookbinding worldwide. 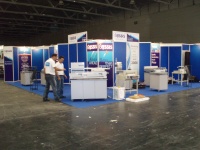 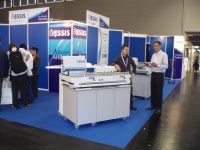 For information on products - machinery or orders call 210-5730-886 or email
This email address is being protected from spambots. You need JavaScript enabled to view it.